For the make ahead turkey giblet gravy, see the recipe here. 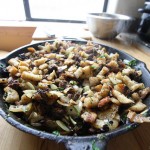 Sage sausage (if making from scratch)

If you can't find or afford sage sausage, and don't want to make sausage from scratch, you can instead add the dried sage (see instructions) to regular pork sausage (or breakfast sausage) and it'll taste about the same, and it's what I do now. 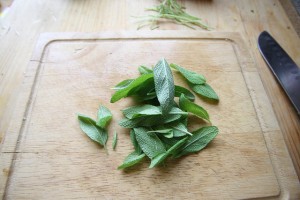 Sage getting prepped for oven drying. 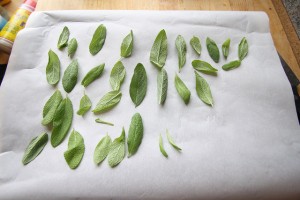 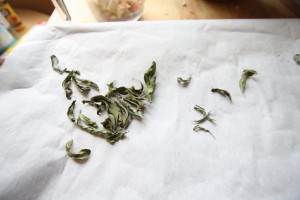 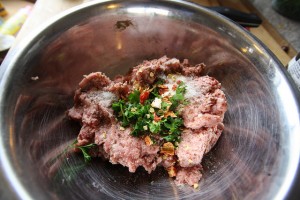 All the ingredients that go into the sausage on top of the ground meat. It now must be mixed. 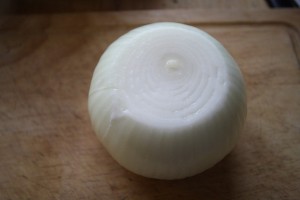 Onion, before it has been chopped. 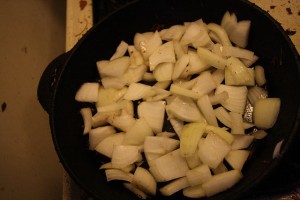 Chopped onion in skillet to brown. 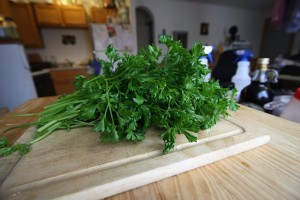 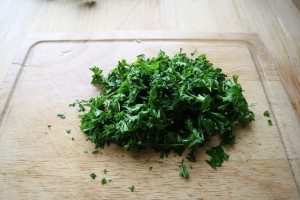 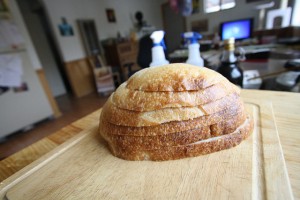 Bread before it has been cubed. 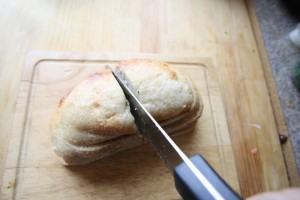 Cutting the bread to cube it. 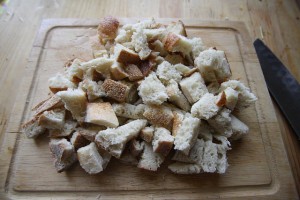 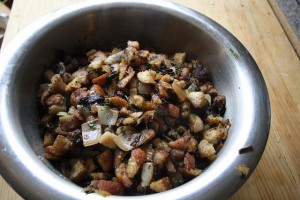 Stuffing before it goes into a pan to be baked, after it has been combined with the bread, onions, sausage, parsley. 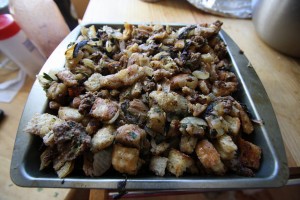 Stuffing before it has been covered in tinfoil and baked. Glass is better than metal because it will not, so easily, burn the underside. 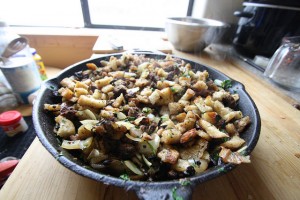 Stuffing before being placed in the oven. Although cast iron is great for baking, it tends to burn the bottom of the stuffing. Glass is preferred. 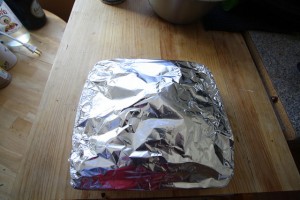 Stuffing covered in tin foil before being baked in the oven. The tin foil is taken off during the last few minutes of baking so the top will crisp. 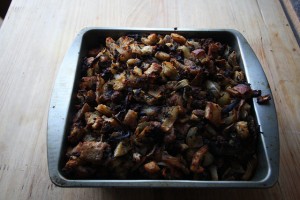 Stuffing after being baked. The tin foil covering was taken off during the last few minutes so the top would brown.