The recipe was originally published in the Nevada Appeal on April 24, 2013. 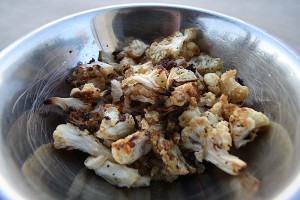 The key to roasted cauliflower is in some salt, some pepper, some olive oil and an uncrowded baking sheet.